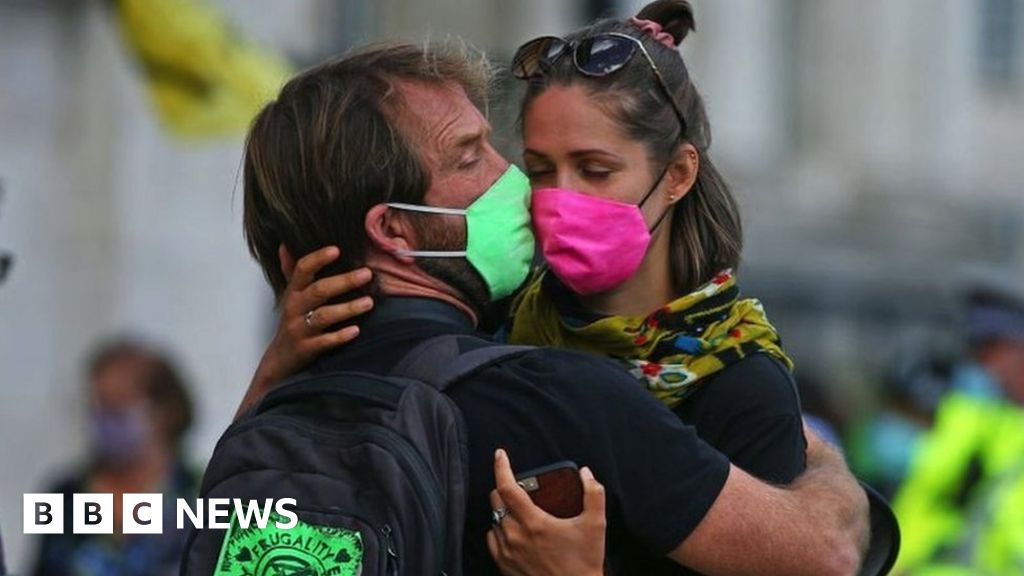 "It's a kind of hopelessness I guess. Helplessness," says Ross Simpson, 22, from Glasgow. He's telling me how he and his friends feel about stopping the worst effects of climate change.

The warnings keep coming of more heatwaves, droughts, floods, and global temperatures going up and up and up. Seeing so many negative stories in the news only makes Ross feel worse. Like many, he worries it's already too late.

"What difference does changing your lifestyle actually make in the grand scheme of things? Why do anything, if we're all doomed anyway?"

Noor Elmasry, 22, has been having similar conversations with her friends across the Atlantic, in Chicago. "I think a lot of the frustration manifests from seeing people in power just constantly disappoint you," she says.

Their feelings are shared by young people around the world. In a recent survey, 10,000 young people were asked about climate change. Three quarters said the future of the world was frightening, while more than half said they thought humanity was doomed.

Feelings of fear, shame, guilt, anger and frustration have been given a name: climate anxiety. And it's on the rise.

So what can you do if you're worried the planet is doomed? The BBC asked a group of scientists who have been working on climate change for years about what worked for them.

Do something, even it it's small
Repeatedly, scientists said taking action in their own lives helped to ease their anxieties.

Many were proud of the scientific work they had been part of, but some also spoke about doing simpler things: recycling, eating a plant-based diet, insulating their homes, going on marches and engaging with politics.

Dr Nana Ama Browne Klutse, a scientist who contributed to a major report on climate change this year, said she occasionally planted mango saplings by the roadside.

Would it save the world on its own? No. Did it make her feel a bit better? Yes.