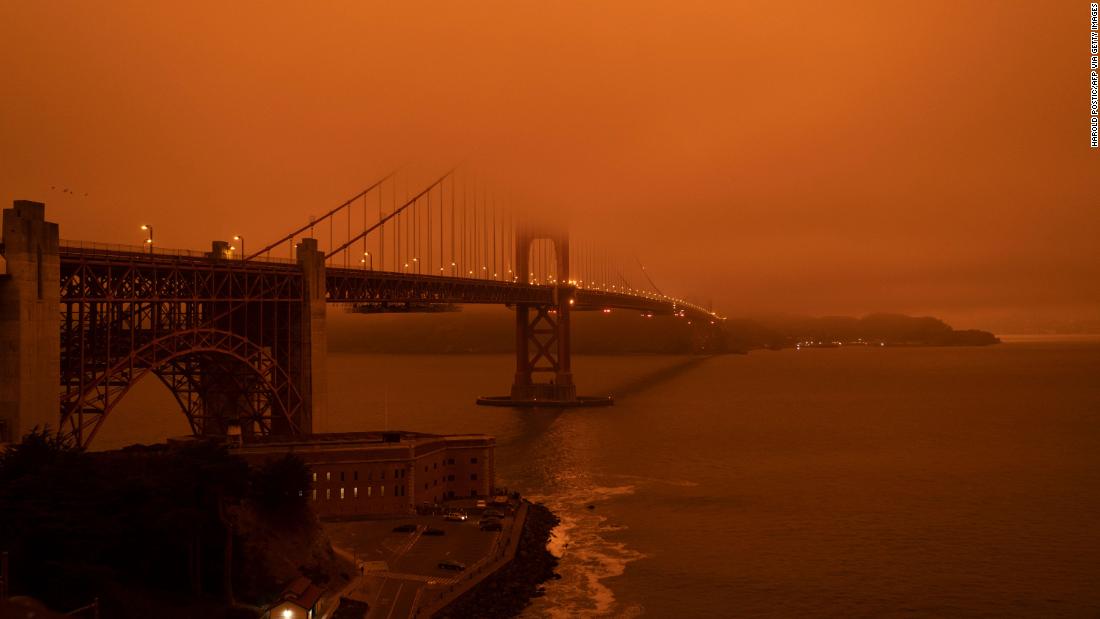 The other day I found myself looking at a startling image of my Northern California home, the daylight dampened by an eerie orange glow as wildfire smoke blocked the sun.

It looked exactly as it had on September 9, 2020, when the entire San Francisco Bay Area was shrouded in orange smoke — a scary scene I hoped I'd never see again. But this time the disturbing sight was generated by a new website with the help of artificial intelligence. The goal: to draw attention to the perils of our changing environment, and inspire people to take action against it, by showing how climate disasters would look in our own backyards.

On ThisClimateDoesNotExist.com you can look up any address — your house, landmarks like the Arc de Triomphe in Paris, Times Square in New York or San Francisco's "Painted Ladies" homes — and get a surprisingly realistic sense of what it could look like if that place was struck by flood, wildfires or smog. The website, which does this by using AI trained on images of such scenes to re-imagine pictures from Google Street View, was created by researchers at Mila, an AI research institute in Montreal.

The website, which was unveiled Thursday, has been in the works for two years. It began with the realization that while we have tools to face climate change, an enormous obstacle to dealing with it is public awareness and political will, said Yoshua Bengio, a professor at the University of Montreal and founder of Mila, who also led the research team for the project. Bengio, a Turing Award winner, said the researchers wanted to create images that felt personal, which led to the idea of using AI to show what your house might look like during an environmental catastrophe.