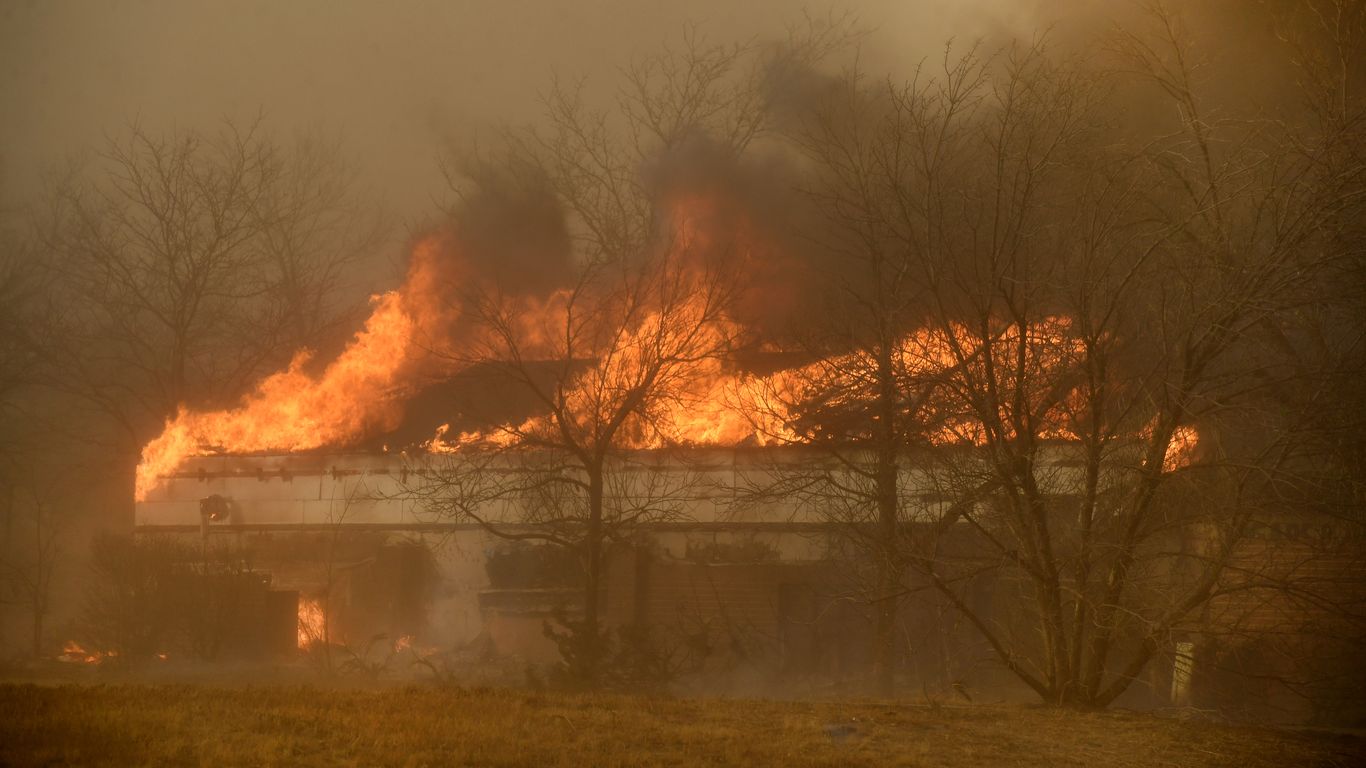 The Boulder, Colorado-area wildfires — the most destructive in state history — were likely made worse by the effects of climate change, including extremely dry conditions and long stretches of record warm weather in recent months.

- Climate factors provided the fuel for the devastating fires, while an extreme weather event, in the form of powerful downslope winds coming off the Rocky Mountains, provided the spark and fanned the flames.

Catch up fast: The rapidly-moving flames led to evacuation orders covering more than 30,000 people in Superior, Louisville and portions of other communities.

Officials say downed power lines were the likely cause of the fire, per the Denver Post.

Threat level: The conditions that helped make the fire so devastating bear the imprint of climate change.

They include a record dry and unusually warm July 1 to Dec. 29 in the region, according to Colorado State University meteorologist Russ Schumacher.

This dry and warm period was preceded by a wet spring, which prompted grasses to grow, only to have them dry out, adding to the combustible situation on Thursday.

This enabled any spark to fuel an inferno, whereas in previous years, such winds came after snowstorms had already occurred.

This year, Denver had its least snowy September through November period on record and latest first snow on record.

The urban firestorm could not have happened without a unique combination of climate factors.