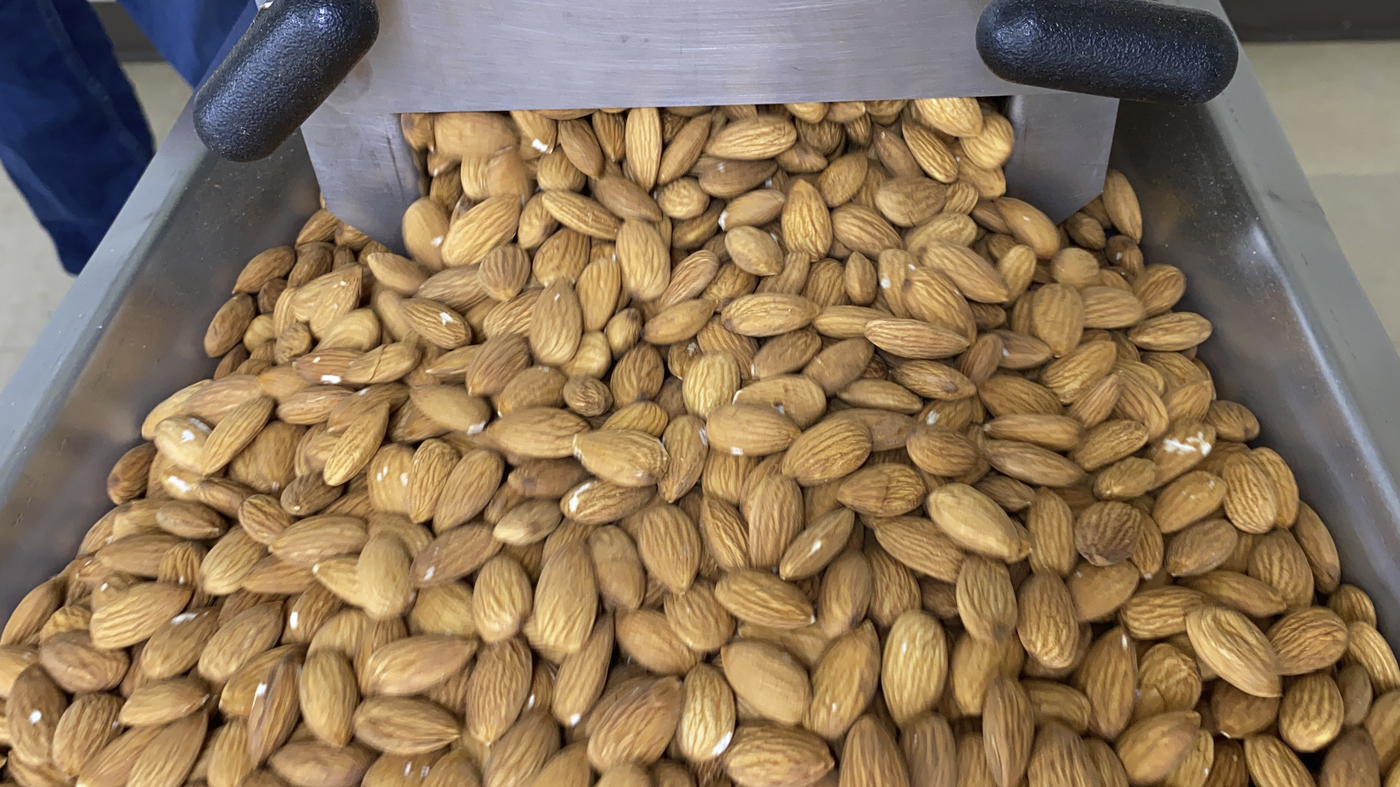 Del Bosque doesn't have enough water to properly irrigate his almond orchards, so he's practicing "deficit irrigation" — providing less water than the trees need. He left a third of his farmland unplanted to save water for the nuts. And he may pull out 100 of his 600 acres (243 hectares) of almond trees after the late summer harvest — years earlier than planned.

How Almonds Became A Scapegoat For California's Drought

"We may have to sacrifice one of them at the end of the year if we feel that we don't have enough water next year," said Del Bosque, who also grows melons, cherries and asparagus. "That means that our huge investment that we put in these trees is gone."

A historic drought across the U.S. West is taking a heavy toll on California's $6 billion almond industry, which produces roughly 80% of the world's almonds. More growers are expected to abandon their orchards as water becomes scarce and expensive.

It's a sharp reversal for the almond's relentless expansion in California's agricultural Central Valley, whose dry Mediterranean-like climate and reliable irrigation system made it the perfect location to grow the increasingly popular nut.

Almond orchards are thirsty permanent crops that need water year-round, clashing with a worsening drought and intensifying heat waves tied to climate change. Scientists say climate change has made the American West much warmer and drier in the past 30 years and will keep making weather more extreme.