Back to Articles | « Previous | Next »
Home » Climate change and conflict are fueling poverty and food prices, UN chief says 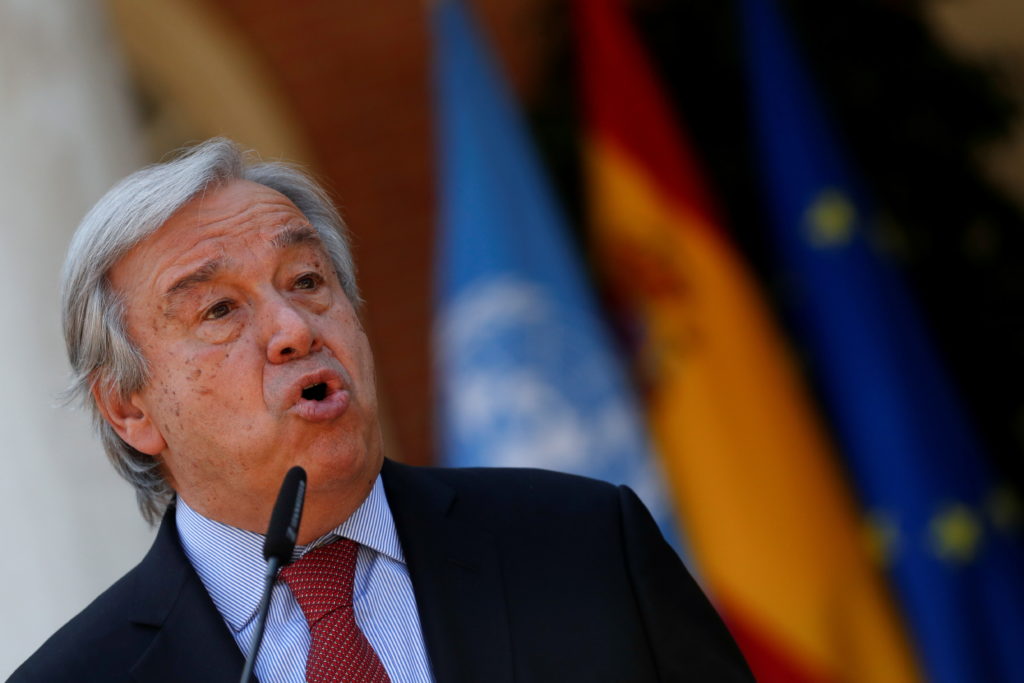 ROME (AP) — U.N. Secretary-General Antonio Guterres on Monday warned that climate change and conflict are both a consequence and a driver of poverty, income inequality and food prices.

Guterres also told a meeting in Rome that the world’s food system generates a third of all greenhouse gas emissions. That same system is responsible for as much as 80 percent of biodiversity loss, he lamented in a video message.

The gathering was called to help prepare for a U.N. food systems summit to be held in September in New York.

Earlier this month, a U.N. report noted that up to 161 million more people faced hunger last year compared to 2019, with much of that widened suffering likely linked to the COVID-19 pandemic.

“Poverty, income inequality and the high cost of food continue to keep healthy diets out of the reach of some 3 billion people,” Guterres said. “Climate change and conflict are both consequences and drivers of this catastrophe.”

The International Fund for Agricultural Development called on decision-makers “to address the failures in food systems” that leave hundreds of millions of people poor and hungry. IFAD is a U.N. agency which aims to help small-scale farming.

IFAD said food systems must “radically change” to ensure access to affordable and healthy food, where food production “protects the environment and biodiversity, and where people who produce our food are paid decently for their labor.” It added that “the needs of rural people must be at the center.”

In 2020, as many as 811 million people faced hunger, according to the U.N. report earlier this month.

Guterres said the preparatory work in Rome will help set the tone for action this decade and for an “equitable and sustainable recovery from COVID-19.”