Biden gets real on climate change 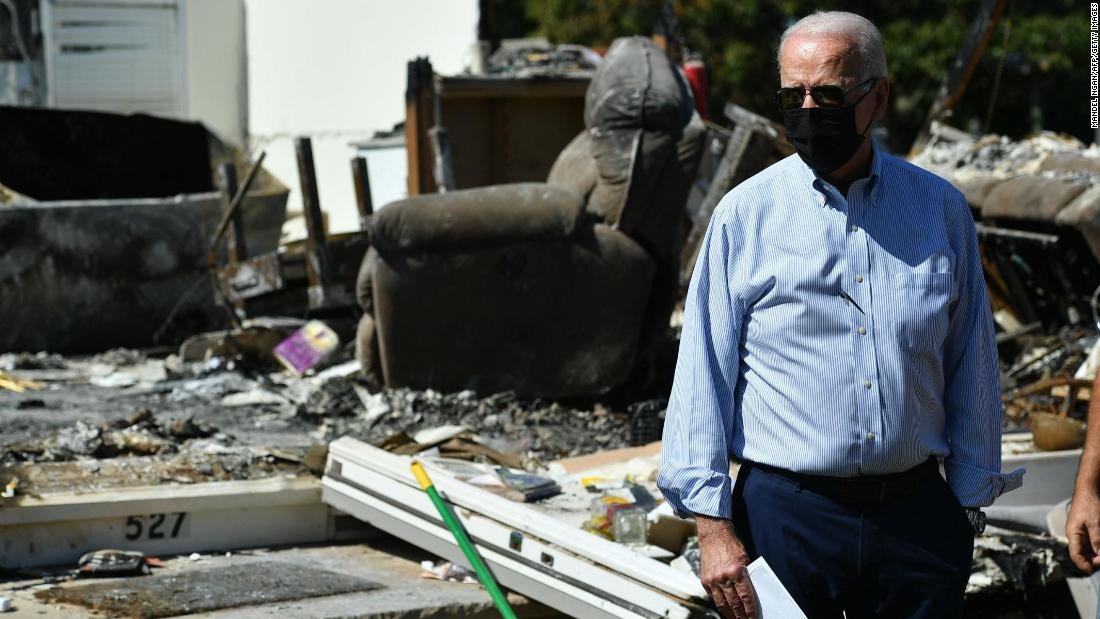 Biden gets real on climate change

That's Joe Biden, who spent the last few days touring devastation from Hurricane Ida and warning about super storms exacerbated by climate change. Last week, the President went to Louisiana, where thousands of people still lack power after Ida roared ashore — though, thankfully, levees held after being strengthened in the wake of Hurricane Katrina.

Remarkably, Ida was not at its deadliest on the Gulf Coast, where winds reached 140 mph, but a thousand miles away, when it hit New Jersey, Pennsylvania, Connecticut and New York. Flash floods, tornadoes and high winds left at least 50 dead in the Northeast, and in the process laid bare vulnerabilities faced by coastal cities amid global warming.

"For decades, scientists have warned of extreme weather, it would be more extreme and climate change was here and we're living through it now," Biden said in New Jersey on Tuesday in the latest stop of his wild weather tour. One analyst warned Tuesday on CNN that forecasters may have to come up with a new level on the hurricane magnitude scale — Category Six — if storms turned into monsters by warmer seawater get much worse. The US climate crisis has also sparked severe wildfires and drought this year.

Luckily, Biden does have a plan. His $1.2 trillion infrastructure deal with Republicans and a $3.5 trillion spending plan are packed with investments designed to cut carbon emissions and to develop green energy and energy efficient vehicles and modes of transport. The bill is vital to US hopes of showing leadership at November's global climate meet in Scotland.

There's a problem, though. Sen. Joe Manchin, a moderate Democrat from West Virginia whose votes are key to passing bills in a 50-50 Senate, is having second thoughts about a $3 trillion-plus spending spree.