Back to Articles | « Previous | Next »
Home » 2021 Year in Review: Refugee, migrant numbers rise, despite travel curbs 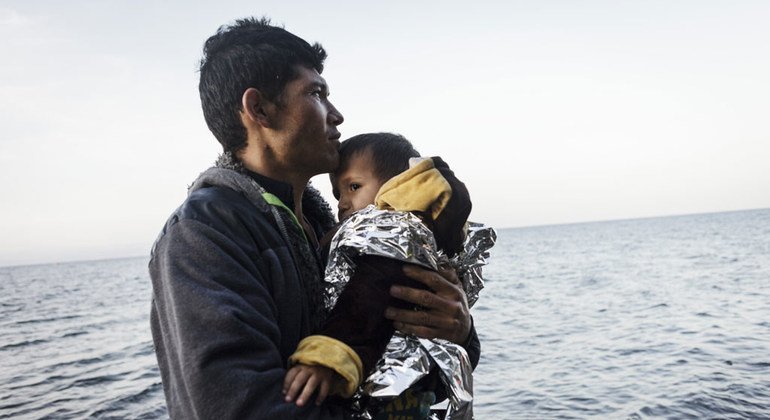 By November, more than 84 million people had been forced from their homes, according to UNHCR data. This figure is an increase from 2020 and 2019, both of which were record-breaking years in terms of the numbers forcibly displaced around the world.

“While billions of people have been effectively grounded by COVID-19, tens of millions of others have been displaced within their own countries,” he said, at the launch of the agency’s latest World Migration Report.

The migration agency also warned that refugees, and migrants who move out of necessity, have been particularly hard-hit by COVID-related travel restrictions, and millions have found themselves stranded away from home, and in danger.

Fleeing violence and armed attacks
Conflict is one of the main reasons that people leave their homes in search of a better life, and there was, sadly, a great deal of violence to escape throughout the year, particularly in Africa, where huge numbers were displaced, either within their own borders, or to neighbouring States.

Many African countries were affected: in the Central African Republic, presidential elections were followed by fighting; the Darfur region of Sudan was hit by inter-communal violence; atrocities were committed by armed groups in eastern Democratic Republic of the Congo; and in Burkina Faso there was a rise in violent jihadist attacks. Several hundred thousand people were displaced as a result.

Pandemic-related travel restrictions may have put a dent on international migration figures in 2021, but the number of people forced to leave their homes, due to conflict and persecution, rose to record highs.